Crime data of Bucktown and surrounding Chicago neighborhoods (and some commentary) 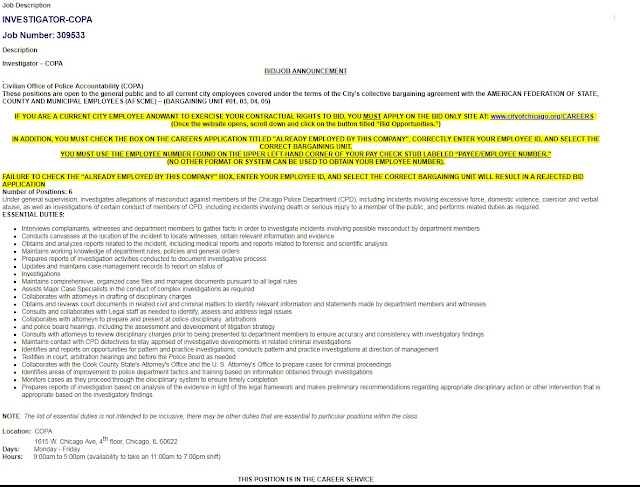 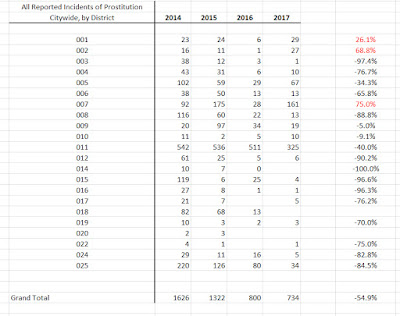 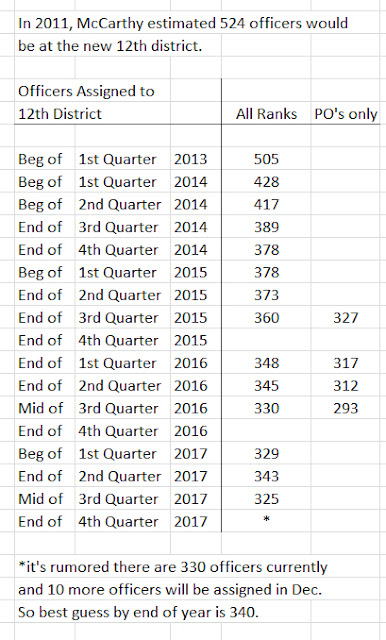 October numbers are in, and if it seems like you're hearing more about robberies than last year or previous years, you are.

There over 158 more aggravated robberies and with a weapon than last year.   There are close to 1,800 more compared to this time in 2014.

Hijackings continue their increase.  The total this year is not far from 2015 and 2016 COMBINED. 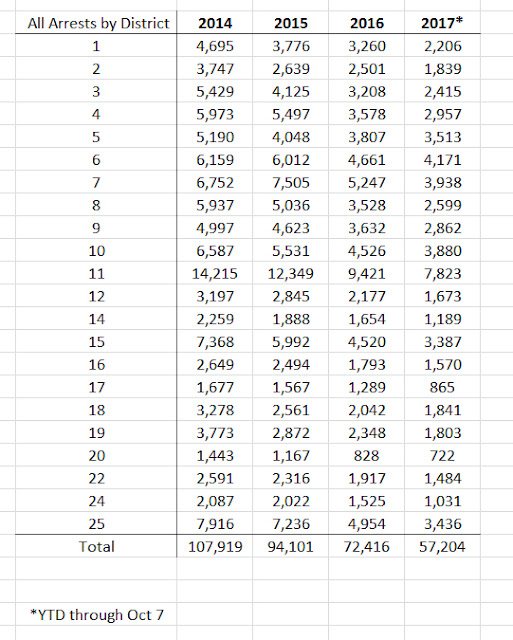 These include ALL arrests processed and recorded by CPD made within a given district's boundaries for any and all crimes (robbery, burglary, domestic, failure to appear in court, etc.)

The numbers for 2017 are YTD Jan 1 to Oct 7, otherwise these are actual for each year listed.  2017 appears to be on course to finish with the fewest arrests citywide (and at each district level).

Here are some stats on arrests for the 14th District.

We've looked at it already, but how does the spike in vehicular hijackings (a type of "robbery") compare with all robberies in general? 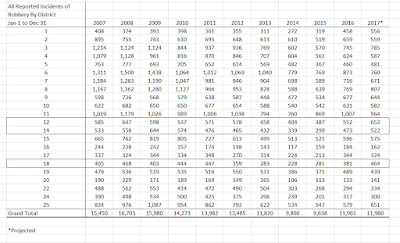 If you look at the citywide total for 2017, we are on track to practically duplicate the total incidents of robbery for 2016.

A closer look at the district level reveals similar patterns of robbery in the Bucktown neighborhood and surrounding areas.  The 14th District hasn't seen this many robberies since 2010 and the 18th district since 2008.

Likewise, residents just south of us in the 12th District will probably see more robberies by the end of 2017 than the previous 10 years, surpassing even their highest number of 2008. 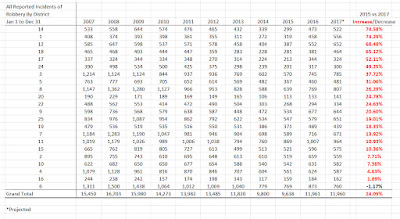 Chicago is on pace to have the highest number of Vehicular Hijackings since 2007.  Wonder why. 14th District (Bucktown's District) will likely see more vehicular hijackings by the end of 2017 than the previous 4 years combined.

Total for 2017 is a forecast by using data from same time period of previous year Sept 28 to Dec 31.  The final 2017 total will likely be higher.)
No comments:

This interview with Peter Kirsanow is an excellent synopsis of why crime is currently on the rise and certainly one of the greatest drivers of crime in Chicago today.  The rhetoric and actions of politicians like Emmanuel, Foxx and others has fed into this false narrative.  (Jump ahead in the video to about 45:30 where the interview begins.)

It's good once in a while to look back and see things through the rear view mirror.  And if you've ever wondered where Kim Foxx received her support back in November of last year, here's a map of the voting tally by precinct. 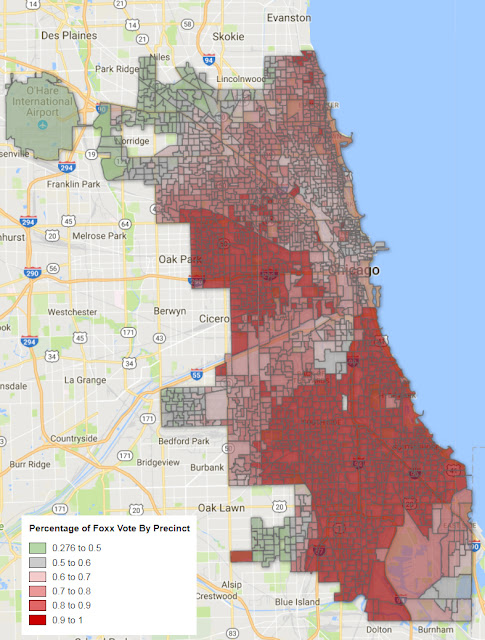 Take a look at this map (above) and compare it with the current HeyJackass! Deadliest 'hoods of Chicago (below). 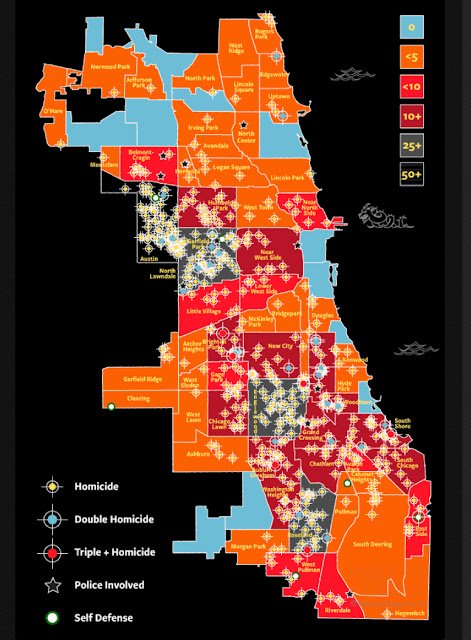 When you do, the unfortunate irony becomes apparent.  That's because some of Foxx's greatest support - precincts depicted in dark red - voted in excess of 90 percent in favor of Kim Foxx.  These are the very neighborhoods currently seeing some of the greatest carnage and crime in the city.

Click HERE to zoom in, and see your own precinct's results. You might be surprised (or not) how your neighbors voted for Cook County's current State's Attorney.

Other than a couple of small pockets (which voted in the high 60 percentages in favor of Foxx), most of Bucktown's precincts voted between 70 to 79% for Foxx.

We just wonder how many Chicago residents feel about their vote now and wish they could do it over.

(Source for data: Chicago Board of Elections.  "2017 Deadliest 'hoods" used by permission www.heyjackass.com)

The FBI released crime data for all of 2016.  Just like Chicago, violent crime continued to trend upward nationwide for the year.

And just like Chicago, one must assume the catalyst for the nationwide increase is the false narrative of Black Lives Matter and similar anti-police groups.  Next up, we will attempt to take a look at racial make up of victims/assailants and look at police involved shootings in Chicago the same way Heather Mac Donald did here in her recent article.
2 comments: